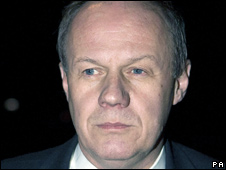 I had a strong sense of déjà vu today, when I read about the woes of Mrs Green, the bar­ris­ter wife of Tory MP Dami­en Green who was arres­ted last Novem­ber for allegedly encour­aging gov­ern­ment inform­a­tion leaks.

In such a case the obvi­ous step would have been for the Met to have invoked the dra­coni­an 1989 Offi­cial Secrets Act.  Cer­tainly their heavy-handed response seemed to indic­ate that this was how they were view­ing the grav­ity of the case, even if they were des­per­ately try­ing to avoid the attend­ant scan­dal such a step would have pro­voked.    Spe­cial Branch officers in the Counter-Ter­ror­ism squad are not nor­mally sent to rip apart people’s houses for minor offences.

Which takes me back to the inter­view with the out­raged Mrs Green.  A bar­ris­ter spe­cial­ising in highly con­fid­en­tial child abuse cases, she inno­cently let the secret police enter her home, only to watch in dis­be­lief as they ripped it apart in what sounds to me like a counter-ter­ror­ism style search.  They, of course, found noth­ing rel­ev­ant to their invest­ig­a­tion, but scoured the com­puters, removed the bed­sheets, took away love let­ters between the Greens, and even rifled through the chil­dren’s books.

I sup­pose I was more for­tu­nate than the hap­less Mrs Green.  When the secret police ripped apart my home in the same way back in 1997, I was in Europe with my ex-part­ner and col­league, MI5 whis­tleblower Dav­id Shayler.  After we had exposed the fact that MI5 was shame­lessly break­ing the law, the MPSB had obtained a war­rant that allowed them to search our home for mater­i­al relat­ing to our employ­ment in MI5.  As I was away, they jack­hammered the front door in, and then spent two days rip­ping through the flat in Pimlico.  It had been my home for 4 years.

Nat­ur­ally, the police found noth­ing rel­ev­ant.  That did not deter them from search­ing the place for two days, and tak­ing away bags of pos­ses­sions, includ­ing some of my under­wear, the bed­sheets, pho­to­graphs, and our love let­ters.  They also smashed up chairs and lamps, ripped the bath apart, pulled up the car­pets, and scattered my remain­ing under­wear across the bed­room floor. It looked like they had been play­ing with it.

I saw all this when I returned home a month later, and I felt viol­ated.  I know this is a com­mon reac­tion when one’s home is burgled; but in this case my home had been despoiled by the police, not by crim­in­als.  No doubt, some would say that we, and the Greens, deserved this treat­ment.  After all, we had the temer­ity to expose mal­prac­tice, lies, and crime with­in gov­ern­ment circles.  We, of course, would argue that we had acted for the pub­lic good.

Whatever.  I still think that a counter-ter­ror­ism style search of a whis­tleblower­’s house is over the top and delib­er­ately intim­id­at­ory.

The police may have ran­sacked my home, but I was nev­er charged with any offence.  Nor did I ever did get my under­wear or love let­ters back.….