And what bet­ter place to hold such a tour? Ber­lin has long been the play­ground for inter­na­tion­al spies, fight­ing the old Cold War in the dirty dark. It also still bears the scars of two total­it­ari­an regimes run out of con­trol — the brute force of the Nazis and the insi­di­ous sur­veil­lance of the Stasi dur­ing the years of the DDR in East Ger­many.

It is a city that is a liv­ing museum, and the tour took us around some key points, includ­ing the old Stasi HQ — now a museum — the new bil­lion euro BND mega-com­plex, the Spy Bridge, and the Spy Hill. It was a stark les­son from his­tory about what spies could do, should do, and are now doing in the mod­ern day. 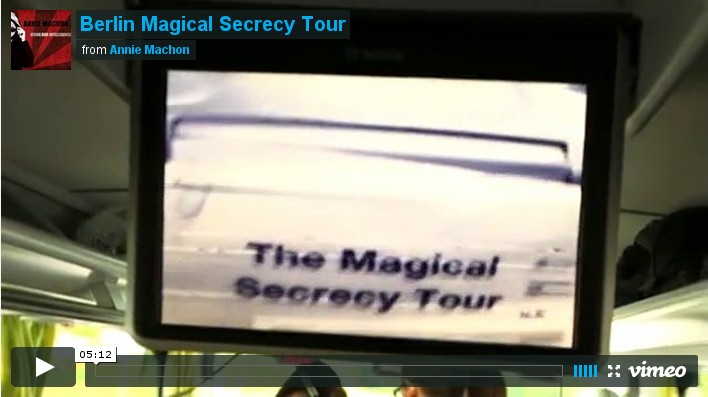 Ber­lin Magic­al Secrecy Tour from Annie Machon on Vimeo.
With huge thanks to Kris­tof­fer and the rest of the Trans­me­diale team for an inter­est­ing day.